Thank you for your patience while we retrieve your images.

17 photos
Wolverton is where I live.

All these photos are of Wolverton itself and of nearby New Bradwell, linked by the Grand Union canal.

It's the 19th century railway town at the North end of Milton Keynes. It used to be the only stop on the London to Birmingham line and was famous for its station restaurant where all the passengers could be fed, watered and toileted in a short time (no corridors on the trains!). It was also where you'd adjust your watch from London time to Birmingham time and vice versa.

The railways works, with its long wall along the main road, is still the largest employer in the town, although it's much, much smaller than it was in its heyday.

The town is not conventionally picturesque, but the grids of terrace houses have been made a conservation area as they are rather unusual in this part of the country.

The 'Railway Mural' along the canal towpath was designed by local artist Bill Billings OBE and was painted (and repainted) by many local volunteers.

The shadows on a wall are of people entering The Secret Garden - a Harry Potter moment!
© Jeremy Cooper - oliophoto 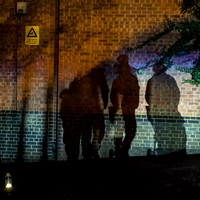 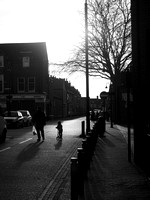 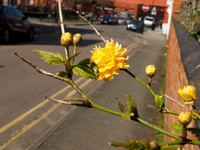 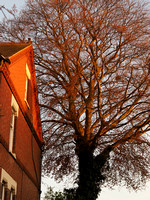 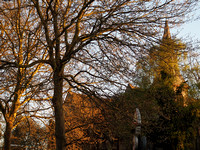 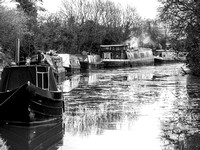 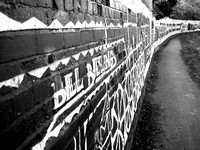 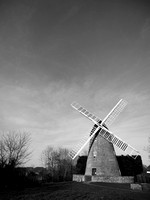 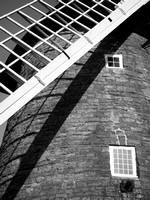 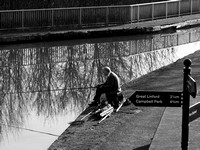 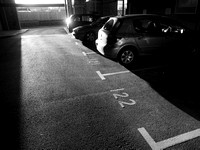 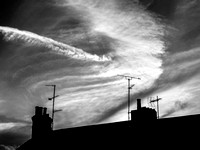 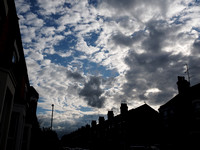 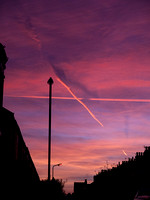